I’m Not Happy with the Verdict for My Personal Injury Claim in Camden, South Carolina. Can I Appeal?

If a verdict or judgment for a case regarding personal injury in Camden, South Carolina, is not exactly what the plaintiff anticipated, then they do have the option to appeal the decision. However, it must be noted that if the plaintiff loses the case, they are not automatically eligible for an appeal, which is why it is important to discuss your legal options with a dedicated personal injury attorney at Connell Law Firm.

The Appeal Process for a Camden Personal Injury Claim

The appellate process begins when the plaintiff’s lawyer files a notice of appeal, which must be done within 30 days of the court’s ruling. The plaintiff then becomes the appellant and defendant is known as the appellee. 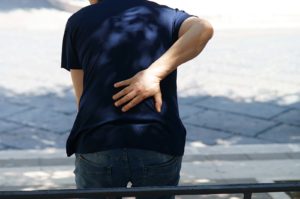 If you’ve experienced a personal injury, contact Connell Law for more information about your claim.

An oral argument accompanies the brief. This oral argument is used by the court to gain more insight and understanding about each party’s positions and the relief that is sought by the plaintiff. Typically, oral arguments are reserved for disputes that are complicated.

As for how long it can take for a decision to be reached, it is really up to the court and depends on a number of factors, such as:

The Pros and Cons of Appealing a Case of Personal Injury in Camden, South Carolina

If a personal injury plaintiff feels that an erroneous decision was made or that the plaintiff has been harmed by a poor decision, the benefit is that there is an opportunity for another judge to review the lower court’s decisions. During the appeals process, a different judge may arrive at a different conclusion that may benefit the injured person.

However, the downside of an appeal is that the decision could go against the injured person. This means that if you had a favorable decision on some of the case’s issues and not on others, and then you file an appeal, you could end up doing more harm than good since issues that you may not want considered or even reversed may be reversed during the appeal.

Can the Defense Appeal a Camden Personal Injury Verdict?

Statistically, most cases of personal injury are settled before they even go to court. It is a time-consuming and costly exercise to try a case before a judge and a jury, but there are those cases that make it to trial. Many plaintiffs do let out a sigh of relief when a verdict is issued in their favor, but does the defense side have the right to seek an appeal?

In short, they do. Either side is allowed to question a verdict and request an appeal. In South Carolina, personal injury cases are held in a civil court, so the onus is on the injured party to prove the facts by a preponderance of the evidence, which means it is up to the injured party to provide sufficient proof to back up the claims made in the person’s complaint.

What Else Should I Know About Camden Personal Injury Claim Appeals?

Appeals Are Not Trials

An appeal is not a new trial. The appellate division judges do not hear testimony in terms of the case. Rather, it is up to these judges to review the matter and determine if there were certain issues at the lower court level. If the judges have concerns, the Appellate Division has the power to remand the case back for a new trial. However, the may agree with the lower court’s holdings.

Appeals Can Be Costly

Appeals are generally an expensive endeavor, and in personal injury cases, many defense attorneys may hesitate to take on an appeal. Often, the defense attorney’s work is mandated by the insurance companies who realize the cost of paying out on a verdict is often less than appealing a case. However, the defense still has the right to consider an appeal.

Usually, a defense appeal may be initiated when there is a perceived error in terms of the law at the trial court or potential mistakes made by a judge during the jury instructions. Personal injury cases are typically heard in the Superior Court and then appealed to the Appellate Division.

The Time Limits to File an Appeal in South Carolina

Both the defense and the plaintiff can file an appeal within 30 days of the completion of the trial. There are no extensions for the time limit in South Carolina.

The Benefits of Having a Dedicated Camden Personal Injury Lawyer

The appellate process for a Camden personal injury case is complicated and very much driven by rules that require the assistance of an attorney to help the injured party navigate the process. A dedicated attorney can help the plaintiff understand the standard criteria that are used by the appellate division to look at a claim or arrive at a decision. The lawyer will further help the plaintiff understand both the costs and risks involved in an appeal.

If a person has been hurt due to another’s negligence or wrongdoing, a personal injury case in Camden, South Carolina requires legal assistance. Contact the team at Connell Law Firm today to book a consultation.