How Social Media Posts Can Damage a Personal Injury Lawsuit in Kershaw, SC

How Can Social Media Affect the Defendant’s Case?

There are plenty of common defenses in personal injury cases. When someone is deemed the at-fault party in an accident where someone else was injured, the following defenses may apply:

As the at-fault party, any Facebook, Twitter and Instagram posts can be referenced when determining how much compensation the plaintiff should receive or if they are entitled to compensation at all. If, in court, the defense is that the plaintiff’s injury was a result of their own negligence, a social media post may refute this.

For example, someone is the defendant in a personal injury lawsuit where the plaintiff tripped on a step located on private property and broke their arm. They claim that the step was faulty and the property owner was responsible for fixing it, so they are liable for their injuries. The owner’s defense is that the plaintiff was responsible for their own injury and the functionality of the step was not the cause. 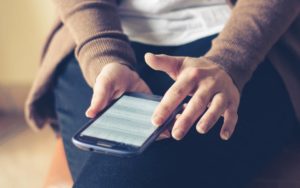 With help from the Connell Law Firm, you can avoid the pitfalls of using social media improperly during a personal injury lawsuit.

The plaintiff’s lawyer may be able to comb through the property owner’s Facebook and Twitter history to find a post about that step in particular. Even if they posted years ago about a broken step on their property, it may be used against them in the personal injury lawsuit. Since the owner was aware that the step was faulty and a potential hazard, the plaintiff’s lawyer can then argue that they are liable for covering any resulting medical expenses from an accident.

What Should I Do with My Social Media Accounts?

When you’re involved in a personal injury lawsuit in Kershaw, South Carolina, the best course of action is to change your social media privacy settings from “public” to “private”. Then, be sure to refrain from posting on your social media profiles while the lawsuit is still underway.

If you have already posted about the case or the accident, your personal injury lawyer may advise you to delete them. However, if the case has already been filed, you may be legally required to preserve all of the information that is currently online.

It is always important to be careful when posting on social media. If you have been injured and are seeking compensation from the at fault-party’s insurer or the at-fault party itself, then your social media posts may come under scrutiny at any point.

Suppose you broke your leg in a car accident in which you were not at fault. You have claimed for damages concerning your medical bills, lost wages and pain and suffering. Weeks later, you may go out for a drink with some friends and make a post on Instagram and Facebook about it. While it may seem harmless to share this experience on your social media accounts, doing so may have a negative impact on your case.

The insurer or the at-fault party’s lawyer may claim that you are not entitled to as much compensation as you have filed for. They could argue that if you were able to be out and about enjoying yourself, then you should be back at work and unable to claim for

lost wages. It could also be argued that you are not entitled to the pain and suffering damages that you seek since you do not appear to be in distress in your picture.

As such, you should take great care when posting on social media. Set your profile to private so that people who are not your immediate contacts will be unable to see your posts. Refrain from posting altogether until the case is over and you have agreed on a settlement figure.

An Experienced SC Personal Injury Lawyer Will Know What to Do

If you’re involved in a personal injury case, the expertise of a lawyer in this field will help you proceed with the best course of action. The dedicated team of personal injury lawyers at Connell Law will advise you on how to protect yourself online, so you can minimize and even eliminate any damages claimed by the plaintiff.